Murder of the Polish king (1296), the possible (indirect) participation of the Nałęcz and Zaręba families, the Brandenburg border with Greater Poland (Poland) on the River Noteć in the thirteenth and fourteenth centuries, the granting by the German Empire of suzerainty over Pomerania to the Margraves of Pomerania

Janusz Bieniak’s study Zarębowie i Nałęcze a królobójstwo w Rogoźnie (The Zaręba and Nalęcz Families and the Regicide in Rogoźno – 2018), alongside important discoveries and interesting proposals of a prosopographic and genealogical nature, has as its main aim to discredit information in the sources concerning the participation (possibly even direct participation) of those families in the crime committed in 1296 in Rogoźno. The crime occurred through the agency of the Margraves of Brandenburg, of the older (Johannine) line of the House of Ascania/ Anhalt. This article takes issue with several aspects of Bieniak’s argument. Bieniak questions my earlier view of the probable recognition of the Nałęcz family of the suzerainty of the Margraves over their Greater Polish possessions situated to the north of the middle and lower stream of the River Noteć, that is on formerly Pomeranian territory (centred on Człopa), which could of course lay them open to the charge of treachery, since in Poland there was no consciousness or understanding of German claims (essentially rights) to the region of Pomerania. At the same time, in terms of German law, from 1231 Pomerania, including, of course, the territory of Nadnotecie still remaining in the thirteenth­ ‑century and – from a Polish perspective – of the former Pomeranian Zanotecie, remained within the gift of the German Empire within the fief of the Margraves of Brandenburg. Bieniak decisively rejects any reckoning in Poland in the thirteenth century with any kind of claim of the (in any case weakened) German state as a whole (Bieniak calls this the Empire), and even more of Brandenburg, the rulers of which as conquerors had no interest in the historical borders of Pomerania and did not even know them, but were driven only by brutal force and not by any legal titles. Of course, they ignored these, and the Nałęcz and Zaręba families did not see themselves as subordinate to anyone, just like everyone in Poland. Thus, they must be exonerated from participation in the crime of 1296.

In this controversy, I wish to point out even more forcibly than previously (and, indeed, quite frequently) that the Nałęcz family, just like the Greater Poland princes (an example from 1253 is cited) and the knightly families settled in Pomerania (the Wedlow, Liebenow, Güntersberg, and Borkow families, 1296–1297, and the Święc family, 1307) knew the suzerain competences of the Margraves and recognized them – of course, under military pressure – over the castles and towns held by the Poles on the left bank of the Noteć (Santok–Drżeń–Wieleń– Czarnków–Ujście) along with their hinterlands, thus becoming Brandenburg and Polish subjects. In fact, the few sources do not permit such a maximum treatment of all the Brandenburg claims at the end of the thirteenth century, but that becomes obvious in subsequent decades of the fourteenth century, when it is by the intervention of the Margraves with support of the Nałęcz, Güntersberg, and Wedlow families that the territories and castles and towns of the eastern lands of Nadnotęcie are seized. That is why reference was made even to the rights raised by the Nałęcz family (of Ostroróg) to several villages in Puszcza Notecka near Drezdenko, most obviously because of those brought in the dowry of Małgorzata Nałęczówna of Szamotuły around 1330 to the German von der Osten lords in Drezdenko, when in 1408 they sold them along with their castle to the Teutonic Knights.

On the margins of the article, I also offer a “gentle” defence of my position (also criticized by Bieniak) in the matter of the identification – in a contemporary entry in the annals of the Cistercians of Kołbacz – of Jakub “Kaszuby”, the principle perpetrator (and the only one known by name) of the regicide, with the German knight Jakub Güntersberg, who did, indeed, come from Kaszubia, since in 1296 he had left the service of the Dukes of Western Pomerania (from 1295, the Wołogoski dukedom), having up till then a fief in the lands near Stargard. In this case, “Kasube” was not an ethnic description, but only a geographical­­­‑political one. 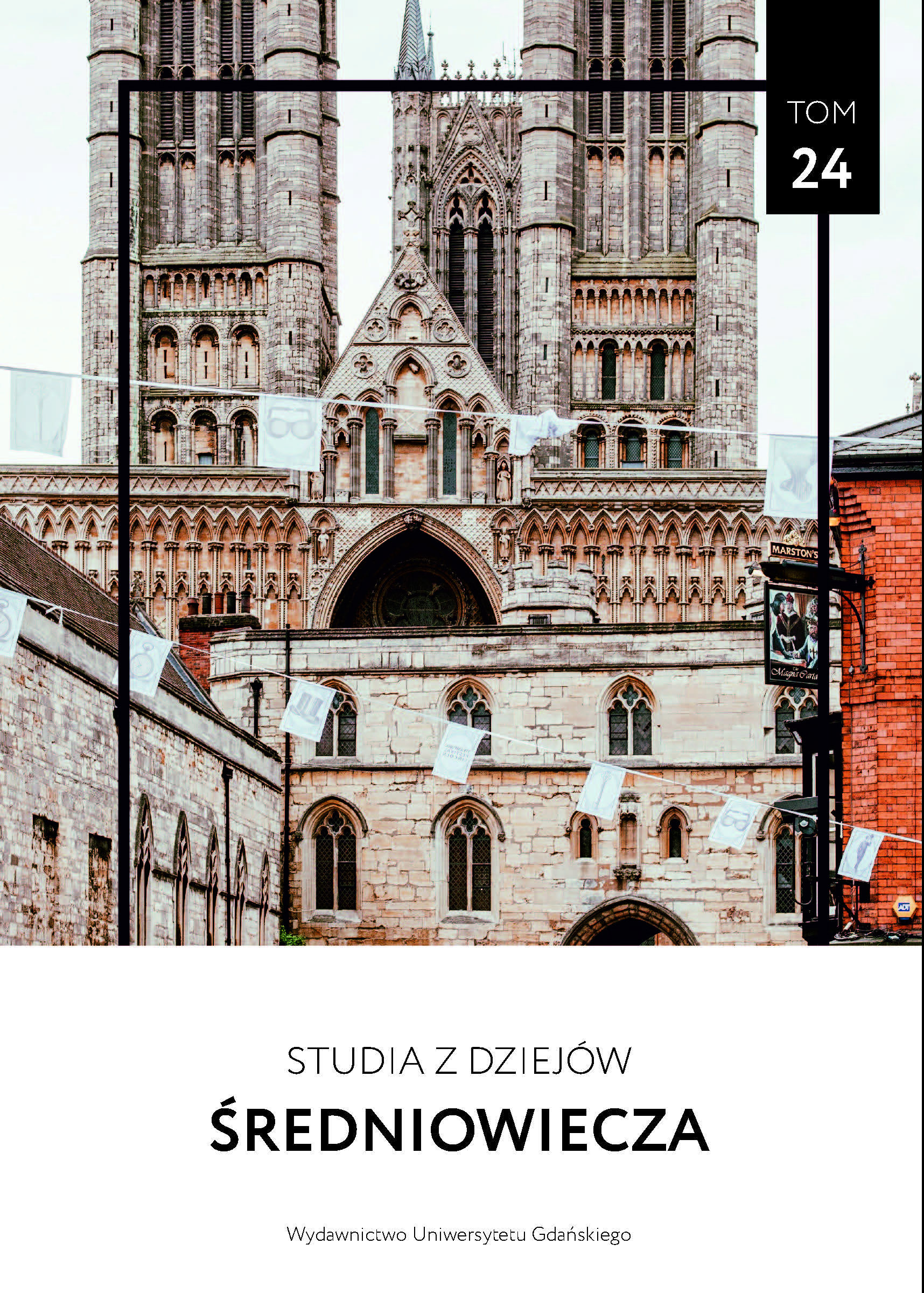