This article aims to define the characteristics of horror vérité. The author raises issues related to the phenomenon of genealogical contexts – such as cinema vérité or mockumentary that have significantly influenced the formal shape of the species discussed. The controversial film Cannibal Holocaust (1979) dir. Ruggero Deodato, which is considered a pioneering image relative to the horror vérité is discussed in this article. It is one of the first examples in which blurring the boundary between fiction and reality by an extremely reliable styled on the documentaries. The use of 16 mm tape or simulated found footage became an extremely effective method to stimulate the viewer bored with conventional, petrified determinants of the horror genre. This paved the way for other films, and the turning point was amazing blockbuster The Blair Witch Project (1999) dir. D. Myrick, E. Sanchez. The story of the witch of Blair was executed in an almostascetic manner according to the principle “less is more”. This film has cemented the characteristics of the documental horror set of tricks: shaky camera, natural lighting, unprofessional acting, reflexivity and specific marketing strategies that activate the viewer using a variety of metatexts (casus Sundance and web site). Series such as Paranormal Activity or [REC] show that through balancing on the edge of fictional and factual order, the recipient accustomed to exaggerated gore, is able to refer again to the basic determinant of horror – fear. Paradocumentalism’s immersion can be achieved with varying degrees of intensity and it is up to the viewer to decide whether he will step up to the plate. 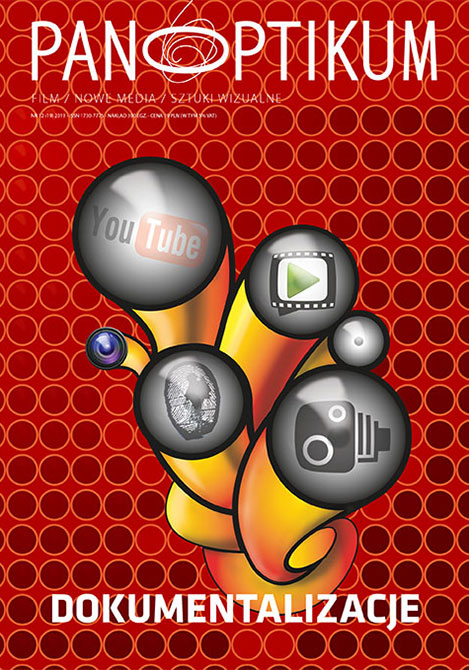